Artist/architect Matt Liggins conceived of the Vitruvian Tunnel as a response one of Leonardo da Vinci’s most iconic works: the Vitruvian Man, drawn around 1490.

The drawing depicts a man in two superimposed positions with his arms and legs apart and inscribed in a circle and square. It’s based on the writings of the Roman architect Vitruvius, who described the human figure as being the principal source of proportion among the classical orders of architecture. As Leonardo’s drawing is named in honour of the architect, so this contemporary artwork is in honour of Leonardo da Vinci.

The Vitruvian Tunnel takes the circle and square and encompasses both of those shapes in an equilateral triangle. The equilateral triangle is extended to become a square tunnel and vice versa. The square’s dimension is based on the average height of the New Zealand male, 1.77m, with all other geometries in proportion.

The Vitruvian Tunnel carries on a conversation about the world’s architectural history. It made its first public appearance at Bright Nights in 2019 to encourage this dialogue publicly at Auckland’s waterfront, which Te Manawa visitors will now get to continue!

The cleverness and charm of Liggins’ work remind us just how public-spirited and engaging architecture can be.
-Andrew Barrie 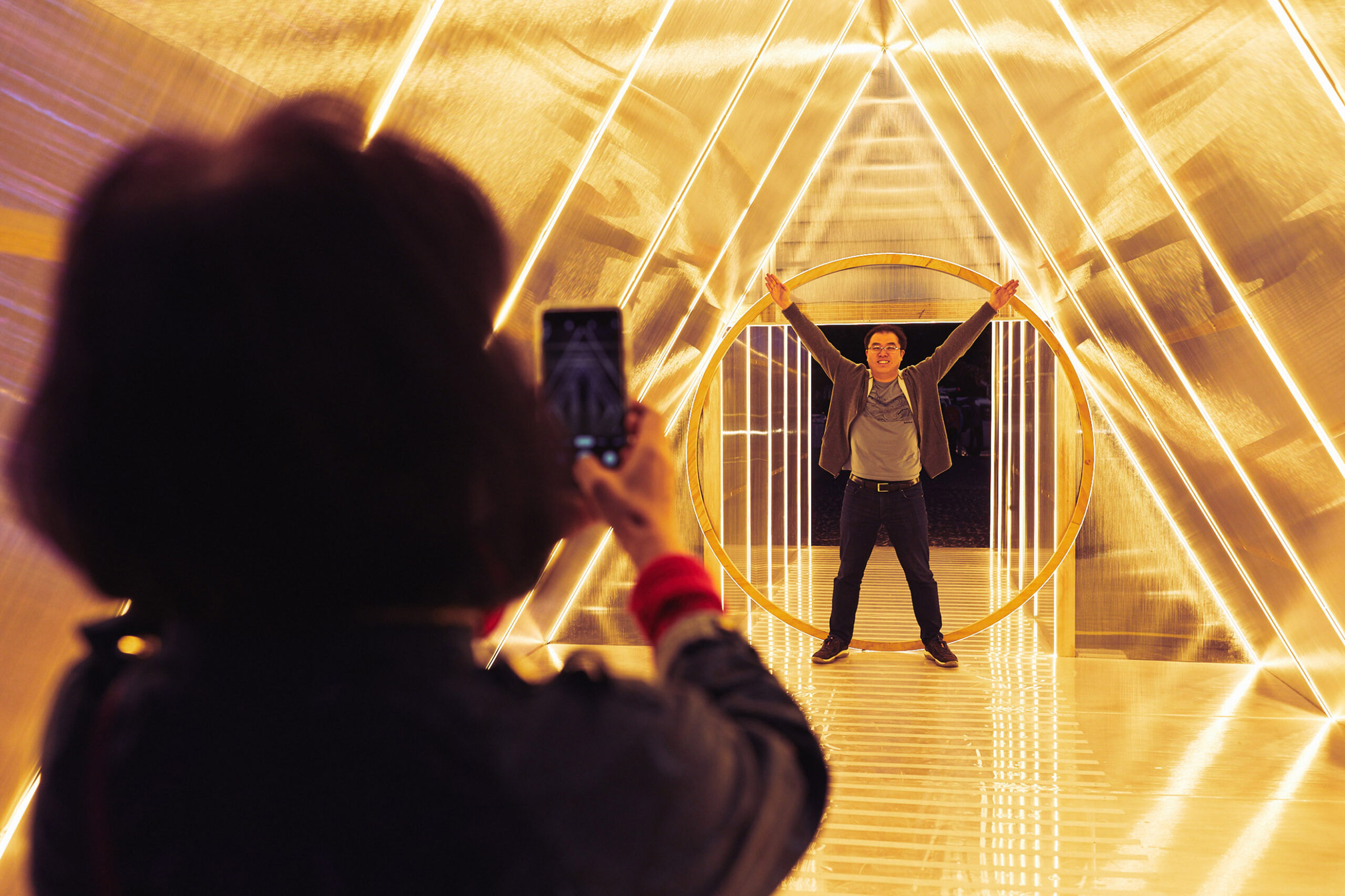 We had a chat with Matt about the meaning of the Vitruvian Tunnel and how the project came to be.