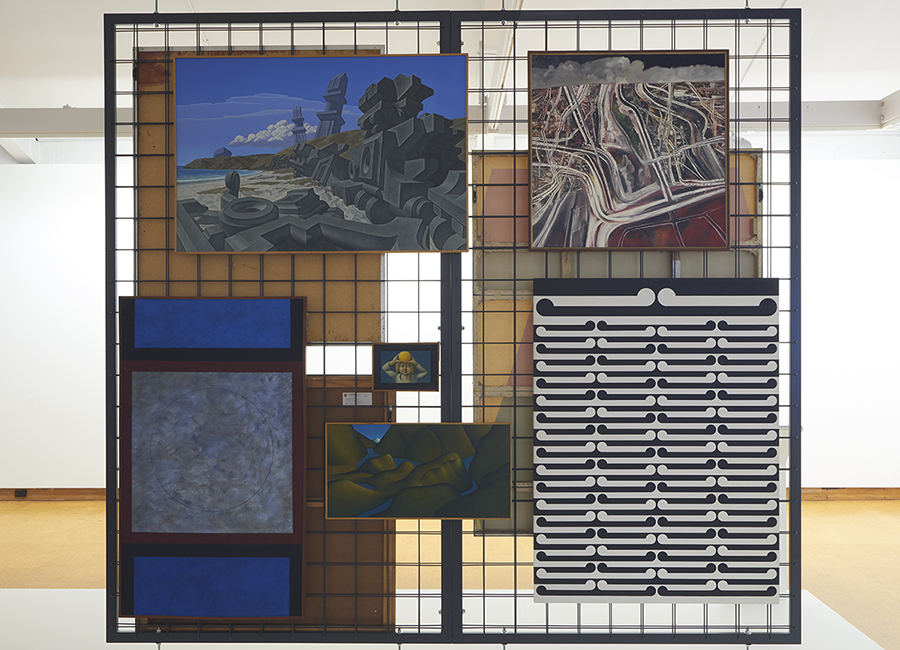 One of the foundations of the art collection at Te Manawa is the Centenary Collection of contemporary New Zealand painting, comprising 16 paintings by 15 artists.

In March 1970 the idea for such a collection was hatched by Palmerston North Art Gallery Director Ian North and Awapuni Jaycee Incorporated, who were looking for a suitable Centenary project  that “would be a terrific boost not only for art in general but also to the Art Gallery and City of Palmerston North.”

The Centenary Collection was acquired in line with the acquisition policy of the Manawatu Society of the Arts; in that that the selection of works should feature artists who have been or are important to the development of New Zealand art from 1950 to present, and that paintings should be considered only on their artistic merits. However, this was modified to favour some younger artists who were in the process of making their mark to reflect the current situation with painting in New Zealand, as well as those who had already established their reputations. The term ‘contemporary’ simply meant works executed since 1950.

Awapuni Jaycee Incorporated organised fund-raising activities for the purchase of works for the Collection with $5,000 the funding target (equivalent to $75,000 today).

North solicited the opinions of ten prominent public art gallery directors, university academics and commercial art dealers in New Zealand to arrive at a shortlist of around 20 leading painters working in New Zealand. In November 1970 the shortlisted artists were invited to submit two works for consideration for the collection, to be first exhibited in the Palmerston North Centennial exhibition which opened 3 April 1971. Just prior to that a panel comprising the (renamed) Manawatu Art Gallery Director Ian North; President of Awapuni Jaycee Mr RG Hooker, President of the Manawatu Society of Arts Prof. Keith Thomson and one external expert – Director of Waikato Art Gallery Gordon Brown – made a final selection of works for the Centenary Collection from the Centennial exhibition.

The final selection cost $6,120. Additional funds were provided by Queen Elizabeth II Arts Council of NZ, and members of the Manawatu Society of Arts made donations too. The Collection consists exclusively of male artists with only one female artist – Louise Henderson – invited to submit works to the Centennial exhibition.

Image: One of the display racks in G2 designed to emulate the dedicated storage systems housing the City’s growing collection of art. Pictured on display as part of the Centenary Collection are works by Brent Wong, Robert Ellis, Milan Mrkusich, Michael Smither, and Gordon Walters.